From Skate Skills to Ref Skills

Phil tells us all about their journey so far in training to become a referee and the fun they’ve been having! If officiating is something that you would like to do, then email officials@auldreekierollerderby.com and they will give you all the information you need.

Hi, my name is Phil and I’m training to become a Referee with Auld Reekie Roller Girls just now. It’s taken me quite some time to get this far, but the journey has been fun!

I have just completed my first block of Skate Skills 101 (AKA Fresh Meat), where I’ve been learning how to skate, how to brake, how to jump and how to fall – and had a blast doing so! It has not only been great for my skating abilities but also my confidence, and the fun we’ve had as a group made these 14 weeks so memorable and entertaining. I have also been going along to practice scrimmages where I’ve been learning the importance of Non-Skating Official (NSO) roles and getting to see the game played up close. There is also a group that meets before scrims where I have had the opportunity to learn the rules of the game with others, which has been a great way of getting to grips with the technical side and figuring it out together, rather than studying the rules or watching YouTube videos in isolation.

It seems that for a lot of people Roller Derby is their first engagement in sport since they were at school – this is absolutely the case for me. To be honest for some time I didn’t see myself getting beyond watching bouts being played. I was interested in and enjoyed skating, and would go to Sk8ercise classes and roller discos, but whenever a friend would suggest I go to Skate Skills I would come up with an excuse, usually a legitimate one, but an excuse nonetheless. The problem I’ve always had is I’m simply not a competitive person (well I am, but only with myself) and when I finally used this excuse with my friend they replied with an answer I couldn’t wriggle out of: ‘Then you should ref!’ and that was the moment I knew there might be a place for me in Roller Derby. 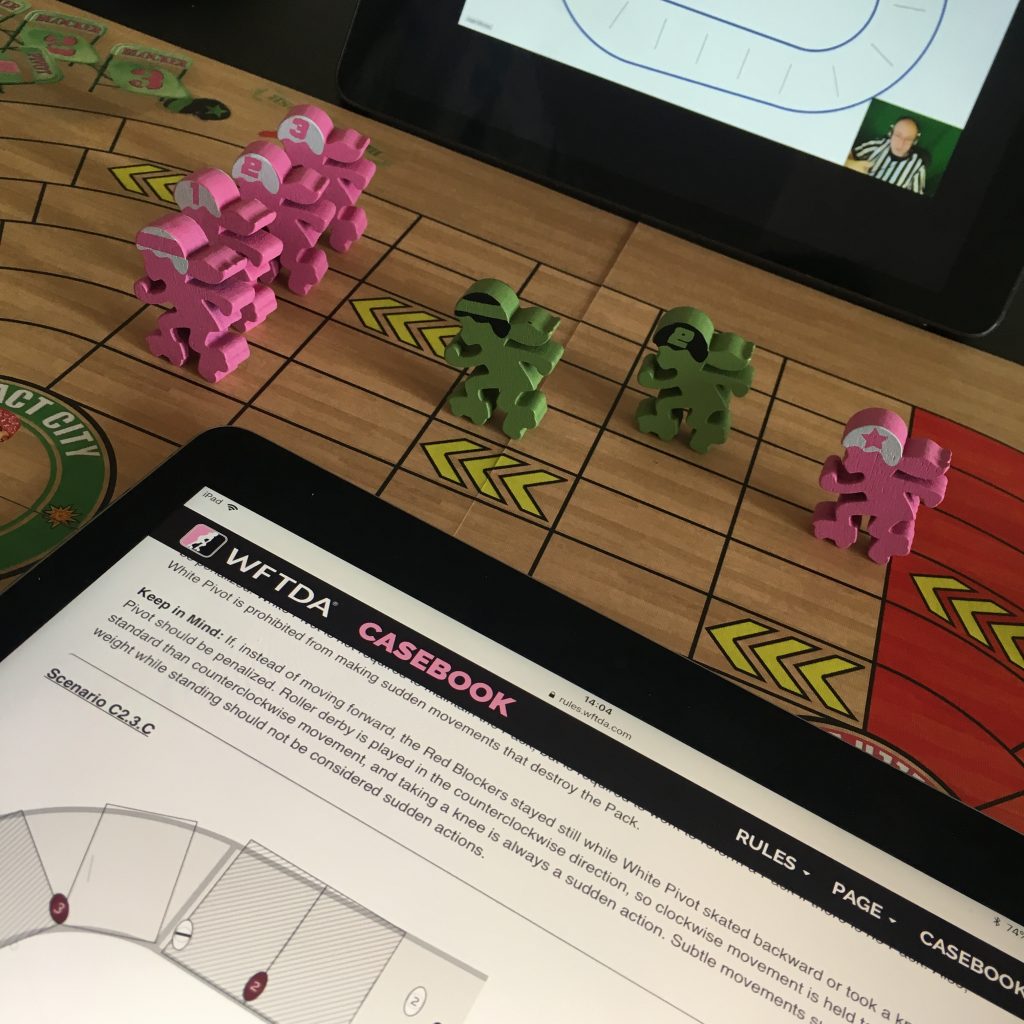 This first round of Skate Skills I was mainly focussing on the basics of skating, and that has paid off. I had been skating for about a year and a half before I felt confident enough to give this a try and these past weeks of Skate Skills have made me a far better skater. I’ve still plenty to learn, but that’s what keeps it fun, and now that I feel more comfortable on eight wheels I can spend more time on the game theory.

Chances are if you’re reading this then you have heard it said that Roller Derby is one of, if not the fastest growing sport. I don’t know if there are stats to back that up, but from my own experience I can believe it. At work for example, when I bring up the subject I am surprised at how often the reply would be along the lines of ‘oh yeah, my friend plays’ – even if you don’t play, chances are you know someone who does, or at least you know someone who knows someone that does. Try playing a game of six degrees(derbys?) of separation, you might be surprised!

The appeal for so many will naturally be playing on a team, and why wouldn’t it be? It must be so exhilarating to be the Jammer, perhaps you like the idea of the multifaceted nature of the Pivot, or the team(pack?)work of a Blocker – without them you don’t have a team. But without the NSOs, without the Referees you don’t have a game, and without technicians, announcers, stall vendors and ticket sellers you don’t have an event. The biggest, most surprising thing I learned is just how many people it takes for a bout to even happen.

So I guess what I’m trying to say is that if you’re interested in the game, but playing isn’t your thing, there is a very good chance there is a place for you. While learning to ref (and to skate!) I am having a great time

NSOing – each time I try a new role it seems daunting and intimidating at the start and I wonder how the game can function without somebody in whatever role that might be. It’s a great way to learn the game up close and the truth is you pick up the roles in no time and it gives you such a greater understanding of and appreciation for the workings of the game (End of sales pitch!). 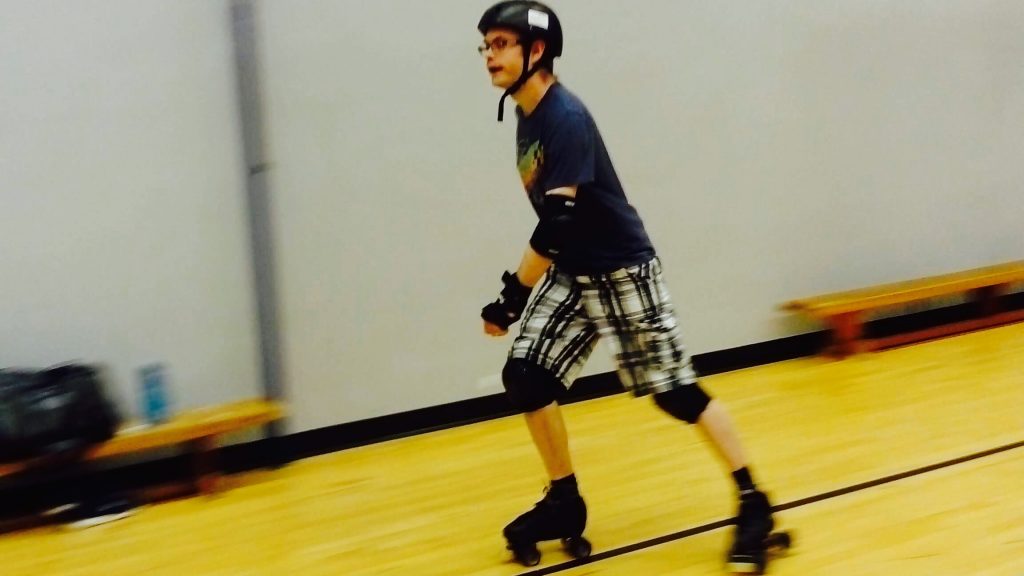 At the time of writing I’ve just begun my second round of Skate Skills, I’m looking forward to NSOing in an upcoming ARRG bout and enjoying meeting more and more awesome people brought together by the madness that is Roller Derby. As I am in the somewhat unique situation of being the only male in Skate Skills at ARRG at present, I sometimes get asked what it’s like training with a female team. All I can do is enthuse at what a fantastic experience it has been so far, it has been a supportive, encouraging and friendly environment. I don’t think I’ve felt as part of a group before in my adult life. As for learning how to ref, there are loads of great resources online, the guys at ARRG have been fantastic at answering questions, the pre-scrims group is super useful and I’ve also recently picked up the boardgame ‘Impact City Roller Derby’, as it’s sometimes good to see how the rules work within a bout at a less chaotic pace! But the next real step is to complete the Minimum Skill Requirements, wish me luck…